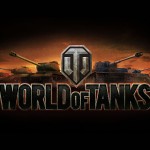 World of Tanks will soon be invaded by some of the most powerful and iconic war machines from Great Britain. Players will get the chance to charge into battle in such recognizable vehicles like the Crusader, Black Prince, Centurion and Conqueror, decimating their opponents and attempting to balance their performance across two main vehicle types — fast and powerful tanks that lack endurance, as well as slow, heavily armored machines with low-damage weaponry.