It was first planned to be only a bonus content for pre-order customers, but now – it is Christmas time 🙂 – EA unlocked the Physical Warfare Pack for all Battlefield 3 players.
The Physical Warfare Pack contains a Type 88 LMG, a Flash Suppressor for SKS sniper rifle and the well known DAO-12 shotgun with Flechette Ammo (armor piercing ammo rounds with 1-inch tungsten darts).
The download is available now for PC, Xbox 360 und Playstation 3 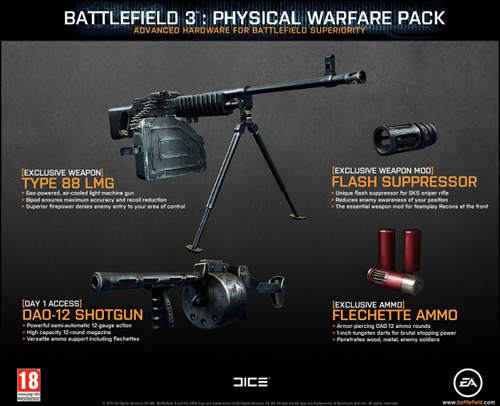